Krasnodar, 25 September. With the opening of the Krasnodar Park, the Kuban capital can be seen from a different perspective. New locations continue to appear within the green area, well thought out by local artists. Say, last year a sculpture appeared among the greenery and water surfaces of the park, which struck some viewers and confused many others. What is at issue is a huge and weirdly shaped iron drop, looking as if it just broke free of the water and froze up – the Geolocation object, crafted by the Recycle Art Group.

The project was accomplished by Andrei Blokhin and Georgi Kuznetsov, graduates of the Krasnodar Academy of Arts and Industry.

The two men have known each other from their early childhoods. Their parents, also artists, were friends, and their families together travelled around Europe and took part in plein air sessions. The kids visited art exhibitions from young age. The boys grew in the atmosphere of artistic endeavour.

Georgi and Andrei have worked around the world. Their studios are located in Krasnodar, Moscow, Rostov, Turin and Paris. The spaces are owned by companies that assist the art group to realize big projects.

“When you move to a larger scale, you cannot do every minute detail yourself. Respectively, big installations are done by teams – it is serious work,” Andrei says. For the artists, the cooperation with the Krasnodar Park became an excellent opportunity to implement their large-scale projects in open public areas.

The Krasnodar Park holds the bar high. That does not happen very often even in Europe. All how it looks like, and all which is being built there are a serious and big project. Such projects educate the viewers’ taste and change their perception.

Geolocation was one of the most talked-of installations of the park. It aroused numerous questions of the townsfolk. It was not easy to craft it, either.

The main difficulty was that in Russia stainless steel cast is done only on a wholesale scale. It was really hard to do the ‘artistic cast.’ The main idea of the sculpture is that all that happens around changes constantly, but the ‘point’ has been fixed forever.

“This is a monument to a split second – to understand that this moment is fast-flowing. You are changing with every second, and everything around you is also changing,” Andrei Blokhin explains.

Geolocation is not the only Recycle’s project installed in the park. The team is now working on one more project, an installation called Artificial Environment. The artists have added plasticity to the theme of artificial intellect which they have been developing for a long while.

“Here we were discussing how a machine can perceive the concept of a play. Machines must be taught, and it is important to pass on them not only simple actions but also the players’ sensations, the viewers’ feelings, the energy and the atmosphere,” Andrei says.

Artificial Environment is a speculation about how to teach artificial mind to understand and feel a human being.

“We live during interesting but turbulent time. Artificial intellect is already on our heels, and its field should also get somehow regulated – what can be trusted to it, and what not. It is a big issue,” Blokhin thinks aloud. 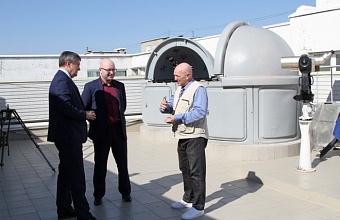 University President Mikhail Astapov who used to do astronomy when he was a student. 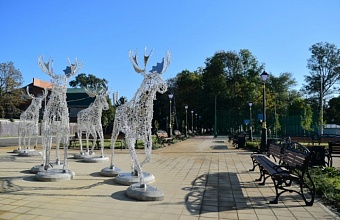 The landscaping work of a long-abandoned public area has reportedly finished in Krasnodar. 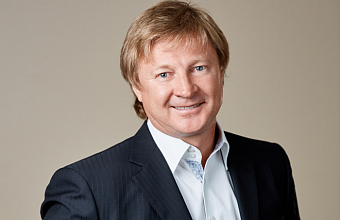 Vladimir Kuksov: “We Want Our Youth to Do Good to Region, Nation”

Our today’s interviewee is Vladimir Kuksov. 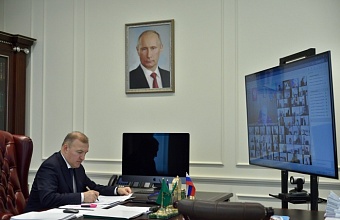 Murat Kumpilov has reportedly chaired over a session of the COVID-19 Import. 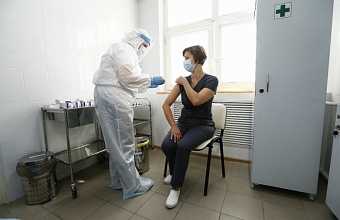