Krasnodar, 8 April. A big part of Kuban inhabitants may be facing financial difficulties if tough quarantine measures would result in significant reduction or complete loss of their income.

Experts state that all employees must be fully paid for their work performed remotely and the “official nonwork period” declared until April 30.

“The remote work is governed by the labour contract that provides for payment of remuneration,” Aleksandr Inoyadov, Head of Criminal Practice at BMS Law Firm and lawyer of the Moscow Attorney’s Chamber, explained. “If the employee working remotely is not satisfied with its amount, he or she may refuse from signing such contract; in that case, previous labour relationship should persist under the conditions of the valid document. It is the remote work contract that is the basis for the fulfilment of labour functions outside the employer’s place of location.”

Meanwhile, the owners of the companies whose work was suspended are bearing unexpected losses, and some of them would most probably decide to share them with their employees. With that respect, a great part of the working citizens remain totally unprotected, because those who get ‘grey’ wages would not be able to claim the sums they used to receive before the pandemic.

“All ‘grey’ employees are now in hazard. They would not be able to prove the illegitimate reduction of their wages. In such companies, the destiny of the employees would be fully dependent upon the employer’s honesty,” Marina Yefimenko, Deputy Head of the State Labour Inspection in Krasnodar krai, noted.

Besides, employees would hardly be able to express their disagreement by quitting the company. The coronavirus-related restrictions have already affected the labour market. According to HeadHunter’s research service, 57% applicants from Krasnodar krai noted that it had become more complicated to find a job.

What is more, most residents of Krasnodar krai tend not to have any reliable ‘financial pad’ that may help them if they should lose their jobs, surveys of Rosgosstrakh Zhizn insurance company and Otkrytie bank stated. Fifty-seven percent of the respondents said they did not have any savings, and most of those who had them noted that they would be able to live off them for one to six months only.

Marina Yefimenko was quoted as saying that “it would be wrongful to sack the employees just because the demand for the company’s products or services has dwindled steeply due to the coronavirus. In such situation, the company must declare downtime through no fault of the employer or the employee – then the wages are to be paid in the amount of two thirds of the remuneration rate or position salary. And of course nobody may demand that the employees should submit letters of resignation or unpaid furlough requests.”

Svetlana Bessarab, a State Duma deputy and member of the Duma Committee on labour, social policy and veterans’ affairs: “In case of an epidemic, an employee may be moved without his or her consent to a work not stipulated by the labour contract, for the period of up to one month. A move to remote work can be performed for the period of more than one month upon mutual agreement of the parties of the labour contract. It is noteworthy that during the non-working period, the employees’ remuneration must be fully retained, as it is directly stated in the Presidential decree. If employers have encroached upon their employees’ rights, such cases should be reported to trade unions, the state labour inspection, or the prosecutor’s office. 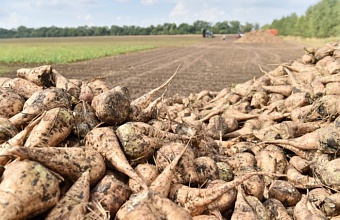 In 2020, Krasnodar krai has reportedly increased exports of sugar by 16 times. 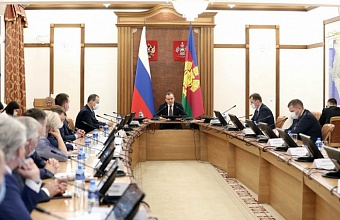 The yield of crops, fruits and berries will reportedly reduce in the Kuban region this year.

Reduced rates for the corporate property tax may reportedly be introduced in the Kuban region.

Natural Gas to Be Supplied by Joint Efforts

Employees of the Kuban welfare institutions will receive payments during the pandemic.

Yuri Tkachenko: “Spring Brought Difficulties to Farmers, But Beginning of Summer Should Please Them”