Igor Chagaev: “New Park in Labinsk Will Be Bigger Than Moscow’s Zariadie”

Q.: Labinsk rayon was one of the first rural municipalities in Krasnodar province to hold an economic forum. What is the significance of suchlike events for the authorities and for the small business?

A.: Frankly speaking, the local economic forum was not of any big significance. We do not have as many entrepreneurs who would be prepared to invest serious money in new projects. It means that we should attract businesses from other municipalities and even other regions. For that purpose, in August we organized an ecotourism festival, where we presented both our touristic potential and economic opportunities. The festival gathered over 10,000 persons – it was really a large-scale event for Labinsk. When they arrived, the entrepreneurs saw our sights and their benefits; we prepared concrete proposals on the land plots, including with working thermal wells.

Q.: How actively do the farmers and agricultural companies participate in the programs meant to support domestic producers?

A.: Labinsk has one of the strongest associations of private subsidiary farms and other small forms of agricultural management. We are the regional leaders on milk production in this sector. Cooperation also develops actively in our municipality – each executive of the district department of agriculture supervises some rural settlement – he or she goes there regularly to meet the farmers and explain them the advantages of cooperation.

Q.: The municipality takes part in the regional and federal co-financing programs. What issues have been resolved owing to them?

A.: To be honest, the municipality had for many years been a not too active participant of the programs of co-financing of construction and repair of roads. Over the past two years, we have managed to raise more money for these purposes than over the previous decade.

Q.: Can you affirm that Labinsk is a city comfortable to live in?

A.: From the viewpoint of geography and ecology – it is a very comfortable city. From the view of social infrastructure and recreational zones – it is becoming a comfortable place. There are no doubts that within the next two or three years it will become a most comfortable place in the submountain region of Krasnodar province – due to the construction projects being currently implemented there. For instance, over 130 million roubles have been invested in the upgrading of the Palace of Arts, where our youth studies arts. We are also drawing a design of the recreation area with an embankment, two ponds, running and cycle tracks, and street furniture. It will be bigger than Moscow’s Zariadie Park. 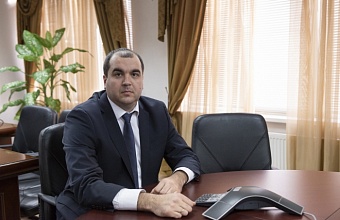 On the whole, Krasnodar was the leader in 16 activities out of 34. 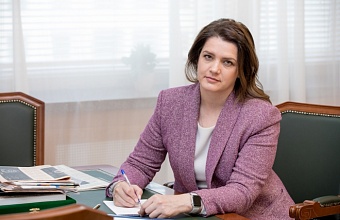